A recent conversation on the 'Choke's very own forum about the worst, or most ill-advised sequels of all time, got me thinking about what the best ones might be. And sure enough, here I am with a list.

1. The Godfather II - Coppola's continuation here is possibly even better than the original, tapping DeNiro, fresh off of an amazing turn in Scorsese's Mean Streets, to play the young Vito Corleone was a stroke of genius. If any one in the history of acting could attempt to fill the shoes of a talent like Brando, it's Mr. DeNiro. Pacino was at the very tip-top of his game as he reprised his role of Michael, not to mention that strong supporting cast with the likes of Diane Keaton and Robert Duvall...well now, how could any other film compete?

2. Empire Strikes Back/Return of the Jedi - I didn't want to get into a which is better Jedi or Empire debate here (it's Jedi, just so you know), so I went ahead and just put both of them here. You remember the parts of the first Star Wars that kind of dragged? Those are gone, replaced with light sabres, sarlaacs, rancor monsters, explosions, revelations, and bounty hunters. These two films helped steer the story that was introduced in Star Wars and take them to new heights, giving us the ultimate intergalactic space soap opera, with swashbuckling serial action and gangsters thrown in for good measure. Just goes to show, there was a time when George Lucas was an absolute genius with a pen.

3. Evil Dead II - Perhaps more of a re-telling of the original with pratfalls thrown in than a sequel, depending on what you want to think about how smart ol' Ashley J. Williams is, Evil Dead II is a piece of splat-stick brilliance. Hilarious and insanely gory, this low-budget masterwork is not the straight horror film that its predecessor was six years before, but what it lacks in terror it makes up for in fun, being one of the most fun movie watching experiences that I can remember ever having. There could evil be a case made for the sequel to Evil Dead II, which is Army of Darkness, being on the list.

4. Dawn of the Dead - Probably more heavy-handed than its predecessor, Dawn really takes everything good about Night and expands on it. Chock full of gory goodies, with a hint of allegory sprinkled in, Dawn feels like I imagine the 1970's should feel. The film almost exclusively takes place in side of a shopping mall, which gave Romero ample oppurtunity to make his message clear about American consumerism. Tom Savini makes a magnificently seventies turn as a biker gang leader here, crashing in on the mall and having a hell of a time wasting zombies for kicks. He also did a great job with effects, bringing very stylized gore to the film that add a hallucinogenic quality to the mayhem. Throw in a great score by Goblin, and you've got a masterpiece.

5. Terminator 2 - James Cameron revisits his baby with this one, and he brought with him all the care that you'd expect, only this time with more guns! Ah'nold reprises his role, this time out as the good guy, at a time when he was king of the action world. Of course the added bonus of having an FX adorer behind the camera is that you are going to get the best that there is to offer as far as special effects. And they did. Sure, watching T-1000 walk through prison bars might not be that impressive today, but in 1992 that shit looked amazing!

6. Indiana Jones and the Last Crusade - Action. Check. Adventure. Check. Harrison Ford. Check. And Sean Connery. Check. You make top ten just by having Harrison Ford and Sean Connery in the same movie. I really love the beginning of the film where we get to see River Phoenix play a young Indiana, which I would have liked to have seen come to fruition with him eventually taking over the role of the character for some good prequel ideas (sadly, this was not to be). After Raiders, Temple of Doom was kind of a lull for the franchise, but when they went to work on the third one they fixed everything that had been wrong with the second. 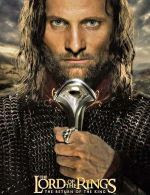 7. Lord of the Rings: Return of the King - This is only the second listing on here to be absolutely, no bones about it better than it's predecessor. The story is in full swing by the time we make it to RotK, and everything in the film works. Somehow the cinematography got better between the first and second films, and even at a whopping 201 minutes (251 in the extended cut) it is able to keep my attention much more handily than either of the other two films. Maybe that's why it won a record eleven Academy Awards.

8. Die Hard With a Vengeance - On par with the first film, this third film in the series really brought John McClane into the nineties with style. Maybe that's because they wisely brought John McTiernan back on board, or maybe it's because Samuel L. Jackson added something fresh to the mix, but this movie is pretty fantastic. Compared to the first film, the action is amped up, the tension is just as high, and the one-liners are still rolling. After the dip in quality that was Die Harder, this one really brought something great to the table. Too bad they had to go on and make that fourth one.

9. The Bride of Frankenstein - Four years after James Whale brought Frankenstein to the big screen, he revisits his subject, this time adding in a chick into the mix! In all honesty, the sequel here probably surpasses the original, in terms of style at least. Karloff is back as The Monster and Elsa Lanchester delivers a wonderful performance as his bride. The story begins with a bit of meta-fiction, as Mary Shelley explains to her company that the monster in fact did not die at the end of her first story, but lived on and through blackmail The Monster and nefarious Dr. Petroius are able to get Dr. Frankenstein to build The Monster a mate! Who wouldn't want to see that?

10. Aliens - With James Cameron at the helm, the Alien franchise changed from Sci-Fi/Horror to Sci-Fi/Blow-the-Hell-Out-of-Everything-Action, and as big of a change as it was, it works. Those huge guns really grabbed my attention when I was a lad, and watching Corporal Hicks and company blast the green blood out of not one, but hundreds of those aliens really got my heart pumping. And what kind of Texan would I be if I didn't gush a little over Bill Paxton? Tell me that Pvt. Hudson isn't one of the greatest characters to ever be in film, and I'll tell you you're wrong. Hell, he went on to become the only person ever to be killed by an Alien, a Predator, and a Terminator! What a feat!
Posted by Jordan in Texas at 6:10 AM

I did actually give consideration to Back to the Future 2 and 3, The Dark Knight, and Toy Story 2.

A good call with The Good, The Bad, and the Ugly...I guess it would be considered a sequel...and if it is, then it is definitely deserving.

Ski School 2 is a great choice too!