Being this close to Halloween, I always like to make a nice horror-fied mix CD. Here are some great tracks to add to your own Macbre Mix CD, trust me, it'll be a huge hit at your Halloween party: 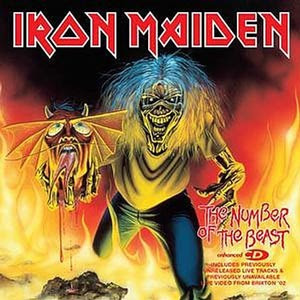 3. The Cramps - Surfin' Dead - The Cramps are a great punk/rockabilly band, and have a lot of horror-themed stuff in their portfolio, but Surfin' Dead is probably their best known song, as it was from Return of the Living Dead.

5. Sisters of Mercy - Cry Little Sister - This one is on the list, simply to get your guests to stand there for a minute and scratch their heads. Once you tell them that it's the song from The Lost Boys, they'll all nod in approval.

7. Gravediggaz - Diary of a Madman - Probably the best to come out of the Horrorcore genre of rap, Gravediggaz is Prince Paul, Frukwan, Too Poetic, and RZA, and they are some gruesome mothafunkas.

10. Alice Cooper - Welcome to My Nightmare - I thought about going with Man Behind the Mask, but this is a much better song.

12. Slayer - Raining Blood - The hardest song on here, Raining Blood is sure to make any crowd go a little berzerk. It's actually the catchy song on Rain of Blood, so it's a little more accessible than some of the others.

13. Wednesday 13 - The Ghost of Vincent Price - A pretty rocking song, pretty much any song by Wednesday 13 or The Murderdolls would work, but I like this one. It's all about Vincent Price. And that's awesome.

14. Michael Jackson - Thriller - Come on, you and everyone you know like Thriller and you secretly want to do the dance. Hopefully by track 14, you've had a few too many and you actually start doing it!

15. Fabio Frizzi - Zombie Fleash Eaters theme - A great way to cap it off is with Frizzi's wonderful theme to Fulci's classic Zombi 2. The song is seriously phenomenally eerie. A great capper!