Time to bring back the Top Ten Albums (by decade). This time, we take a visit all the way back to 2005. Enjoy and don't forget to post your own lists! 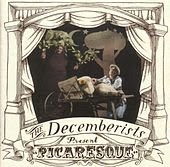 1. The Decemberists - Picaresque - The Decemberists third album is my absolute favorite. Showing off his ultra-literateness, singer-song writer Colin Meloy and company soar to new heights. Hell, even the title of the record is a literary term. Picaresque was recorded in an old church somewhere, and I could definitely see that. Meloy steers this ship on its trek, with theatrics and unparalled imagery that take the listener on a creative journey from parades to suicides.

Stand Out Tracks: The Mariner's Revenge Song, We Both Go Down Together, On the Bus Mall 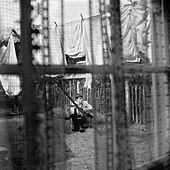 2. Paul McCartney - Chaos and Creation in the Backyard - Chaos is definitely McCartney's best album in years. 2001's Driving Rain was good, with shades of wonderful, but Chaos really takes that spare formula and takes off with it, creating one of the most personal albums of his career. Of course, the addition of Nigel Godrich as producer doesn't hurt a bit.

Stand Out Tracks: Friends to Go, How Kind of You, Too Much Rain 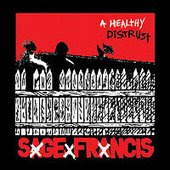 3. Sage Francis - A Healthy Distrust - Sage is back once again in brash, grandiose fashion. He stills comes hard with his anti-hate and overtly political messages, but this time with even more swagger than before. Sure, it's heavy handed, and it's didactic, but it's also well refined, articulate hip-hop. That's not an easy thing to find today. 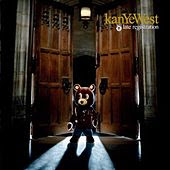 4. Kanye West - Late Registration - If Sage Francis is brash, Kanye West is downright narcissistic. With co-producer Jon Brion at the controls, Kanye's sharp tongued, occasional brilliance is elevated into something not seen since The Blue Print, a tongue-in-cheek rapper that spits venom with rare skills, all backed by phenomenal beats, loops, and samples. 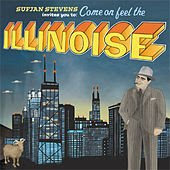 5. Sufjan Stevens - Illinois - I doubt that Sufjan's vision of capturing America on fifty different records that are representative of each state is ever actually fulfilled, but what is sure is that Illinois is a great achievement at capturing that enigmatic je ne sais quoi of Americana on one record. When my friend and I road tripped it up to Chicago (to watch the Cubbies, natch), this album was thoroughly worn out. The fact that it fit so well as a soundtrack while actually traversing the state of Illinois is a testament to the power of the record. 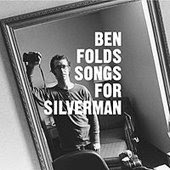 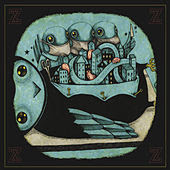 7. My Morning Jacket - Z - This is one of my favorite My Morning Jacket records. Jim James' voice is really on display here, shinging as it does on tracks like "What a Wonderful Man". A lot of groovy pop stuff mixed with southern style rock and roll proves to be a good mix when it comes from these Kentuckians.

Stand Out Tracks: Wordless Chorus, What a Wonderful Man 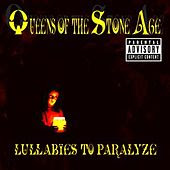 8. Queens of the Stone Age - Lullabies to Paralyze - Though Grohl didn't come back this time around from his stint on Songs for the Deaf and despite the fact that Nick Oliveri was fired from the band, Lullabies to Paralyze, is still a hard-rocking, bass thumping album to groove out to. Seriously infectuous, the album is full of great hooks to keep you coming back.

Stand Out Tracks: Tangled Up in Plaid, Burn the Witch 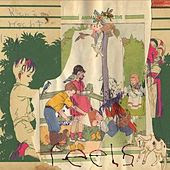 9. Animal Collective - Feels - Animal Collective are a pretty strange band that know how to put together a record. Most bands today don't make records, they compile singles together on album, but it's really hard for me to listen to anything on Feels out of context. You really miss out on the completeness of it that way. The album starts out with what are as close to straight forward pop songs as Animal Collective does, and then morphs into a more organic, ambient beast that kind of lumbers at you like the ghost of some dream you once had. The records finishes with a the perky "Turn in to Something", and I don't think that's by accident, as the album truly is a process of metamorphisis. 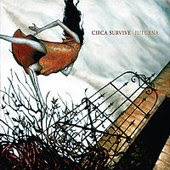 10. Circa Survive - Juturna - Call me crazy, but I really like Circa Survive. These Pennsylvania rockers get my blood pumping. Sounding more than just a little like At the Drive-In, Circa Survive is a punky, experimental band lead by Anthony Green, former singer of the defunct This Day Forward. For my money, Juturna is one of the best albums of 2005, and it just feels like it needs to be listened to on a summer drive, maybe one with no destination.

Stand Out Tracks: Holding Someone's Hair Back, Stop the Fucking Car
Posted by Jordan in Texas at 9:00 AM